Performing Tibetan Identities: Photographic Portraits by Nyema Droma - on display until 30 May 2019 at the Pitt Rivers Museum

in the Court, the Long Gallery and the Clore Balcony of the Pitt Rivers Museum

This innovative exhibition features stunning images made by the young Tibetan photographer, Nyema Droma. Taking inspiration from the historic collections of Tibet photographs at the Pitt Rivers Museum, she has created a new series of portraits of young Tibetans that celebrate their creativity and challenge stereotypes. The exhibit includes an installation in the heart of the museum, as well as film and digital displays. Together the works explore the complex interplay between past and present, diaspora and homeland, the local and the global, that inform Tibetan identity formation. This exhibition was co-curated by Nyema Droma and Prof Clare Harris of SAME and the Pitt Rivers Museum.

Nyema Droma is a young Tibetan photographer and curator from Lhasa, in the Tibet Autonomous Region of the People’s Republic of China. She developed her practice as a photographer at the London College of Fashion and has worked in both the UK and China. During 2018, she was ‘visiting artist’ at the Pitt Rivers Museum. This is her first exhibition in a major museum. 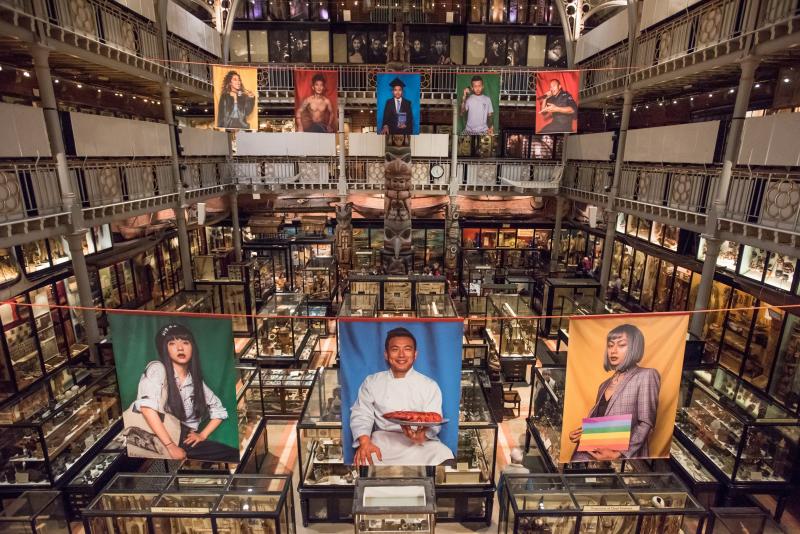 For ‘Performing Tibetan Identities’, Nyema photographed other young Tibetans, whether living in Europe as members of the Tibetan diaspora, or in Tibetan-speaking areas of China. Her pictures document the many things they share as global citizens and consumers of popular culture, as well the particularities of their Tibetan heritage. By producing double portraits of each person, in daily wear and ‘traditional’ clothing, Nyema alludes to the fluidity of identity formation and how it may be expressed in dress and objects, revealing the range of options for self-fashioning that are available to contemporary Tibetans.

During her visits to the Pitt Rivers Museum, Nyema studied the museum’s collection of historic photographs of Tibet and created her own work in response to it. The collection features more than 5000 photographs created by British visitors to Tibet in the first half of the twentieth century and includes many studies of Tibetans, often framed according to the mode of ‘ethnic type’ photography that was first formulated in anthropological photography in the nineteenth century. Among them are a set of glass plates portraying Tibetans living in Lhasa in the 1920s. Viewing the plates in both positive and negative formats was one of the inspirations behind the double portraits she subsequently created. When displayed in the museum, they articulate Nyema’s critical interaction with the representation of Tibet in British museums and seek to disrupt the stereotyping of Tibetans by non-Tibetan photographers in the past. 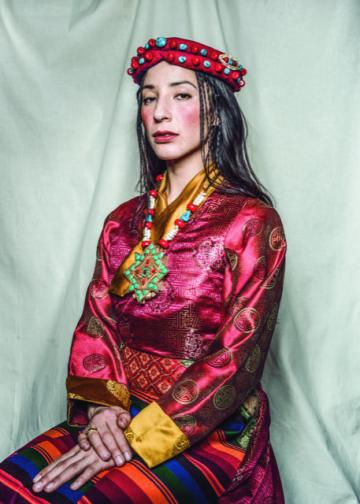 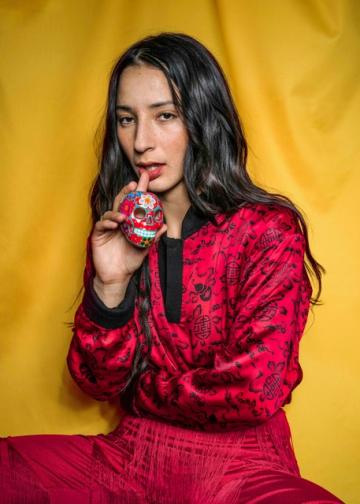 (Above, Two portraits of Kesang Ball by Nyema Droma, London, 2018.)

In addition to a display of photographs in the Long Gallery, this exhibition also presents Nyema’s work in a variety of innovative ways that refer to the context of their creation, including filmed interviews with those she photographed. In the film, her subjects express a diverse range of responses to questions about their identity and sense of belonging. Digital displays are used for the first time in the main galleries of the Pitt Rivers to make examples of the material Nyema studied in the collections accessible to museum visitors. Large-scale photographs, with portraits of the same subject on each side, are suspended as banners in the heart of the museum in the style of a contemporary art installation but also emulating the prayer flags hung at Buddhist sites across the Tibetan-speaking world. By inserting Nyema’s pictures amongst the thousands of objects from all over the world that have filled the museum since the late nineteenth century, this installation acts as a commentary on a historic ethnographic museum. It is also designed to acknowledge the dynamism and modernity of Tibetan culture and to inject the presence, creativity and agency of the current generation of Tibetans, wherever they may reside.

This exhibition is the result of a collaboration between Nyema Droma and Clare Harris, Curator for Asian Collections at the Pitt Rivers Museum and Professor in the School of Anthropology and Museum Ethnography, University of Oxford.

For further information about Nyema Droma’s work and the history of how foreigners photographed Tibet and Tibetans see Clare Harris, Photography and Tibet, Reaktion Books, 2016. 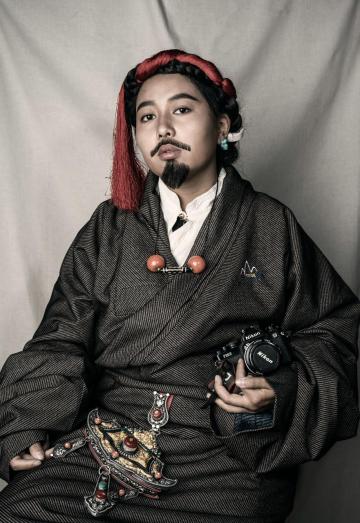 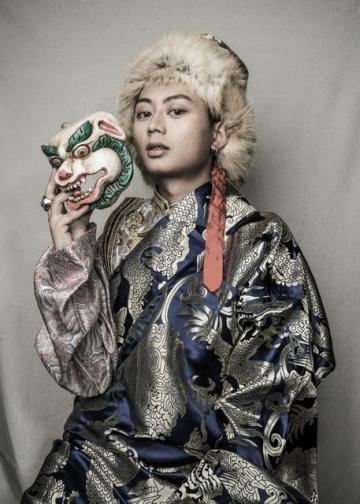