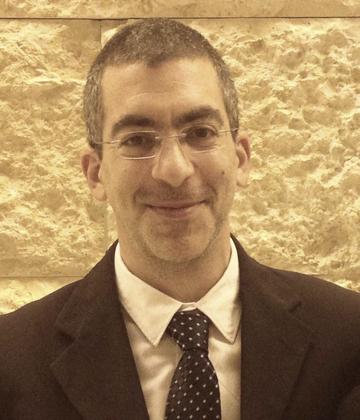 Dr Noam Segal, Research Fellow at InSIS, passed away in Oxford on Saturday, 30 March, after a very short, fierce and brutal battle with cancer, aged 44. He fought to the very end, positive and strong in mind and spirit. Noam was a humble and remarkable man. He died far too young and will be missed by many.

Noam joined the Institute for Science, Innovation and Society (InSIS) in September 2017. He came to Oxford to continue his work on the Water-Energy Nexus in the Middle East, focusing on Jordan, Israel and Palestine, exploring strategies for sustainable and renewable energy policy in the region. Prior to coming to Oxford Noam served as Director of the Israel Energy Forum, which he co-founded in 2008. Leading a coalition of stakeholders through advocacy and an appeal to the Israeli Supreme Court, the Forum was instrumental to reshaping Israel’s policy towards exploitation of its natural gas resources. Noam pioneered programs to retrofit energy efficiency in public housing in Israel. He also carried out ground-breaking research into Israeli’s renewable energy capacity, creating a powerful rationale for further investment and development in renewable energy infrastructure in the country and the region.

Noam studied philosophy and biology and Tel Aviv University, with a graduate degree in environmental studies at Ben Gurion University, and a PhD from Tel Aviv University. By the time he arrived at Oxford in 2017, Noam had established a close collaboration with the Track II Environmental Forum of the Arava Institute for Environmental Studies, working to develop a regional environmental blueprint for cooperation in conflict areas including the Jordan Basin. In many ways this represented a convergence of his previous research and political experience, upscaled to a regional platform with the potential to impact not just the Middle East but other resource-stressed areas of the world. His efforts were prodigious. With his characteristic quiet confidence, he gently pushed for the highest standards of professionalism amongst his colleagues, driven by his passionate belief in the value of peace as an agent to realise environmental resilience and human potential.

At Oxford he recruited an outstanding team of scholars into a new program of work straddling environmental and political science, with the aim of supporting efforts across the Middle East to improve natural resource management and deepen our understanding of the interaction of scientific and policy processes. His last few months of work were spent leading the writing of a major multi-year grant application to the Oxford Martin School. He received news that the application had been successful the week he was admitted to hospital.

Noam’s professional achievements were underpinned by a set of very special personal traits. He was kind, gentle, profoundly empathic and caring. At the same time, he was brilliant, strong and insightful. He always gave wise counsel. He understood how people worked, both individually and collectively, and was highly successful in using this to build shared interests and create change at all scales, from the personal to the international.

Above all, Noam was characterised by his humanity, anchored by his deep love and respect for his wife Vered and his children. He derived so much joy and pride in his family, and was a wonderful model of how to juggle work and family – family came first, work second, sleep third! Conference calls in recent months were often accompanied by the sounds of his baby son Amit in the background, with the level of infant contentedness frequently inversely correlated to the length of the meeting!

Noam has touched and will continue to touch so many of us within his immediate personal and professional community and beyond. His loss is incalculable to his family and to the policy and research communities he leaves behind. We will remember and miss him. His spirit and values will be with his family and many friends and colleagues as we continue to strive to realise the goals he imbued in so many.

Dr Noam Segal, husband, father, friend, scholar, died in Oxford. He leaves a wife and three children. He will be deeply missed by his family and his many colleagues and friends around the world.